Soil Compaction: The First Step of a Solid Foundation

You are here: Home / Construction Tips / Soil Compaction: The First Step of a Solid Foundation

Soil Compaction: The First Step of a Solid Foundation

One of the, if not the most, important aspects of any new construction project actually occurs underneath the surface before the structure is built. We are talking about soil compaction. When soil is disturbed or moved from its original location, air and sometimes water are introduced which causes an increase in volume. It is imperative that these air pockets and any excess water be removed before building the structure on top in order to provide the greatest stability. This is accomplished by compaction. A building pad that has not been properly compacted can lead to serious issues in the future such as settling and cracking of the foundation and walls as well as the underground piping leading to water seepage. Proper soil compaction can minimize or eliminate these potential problems by giving the soil higher resistance and stability. 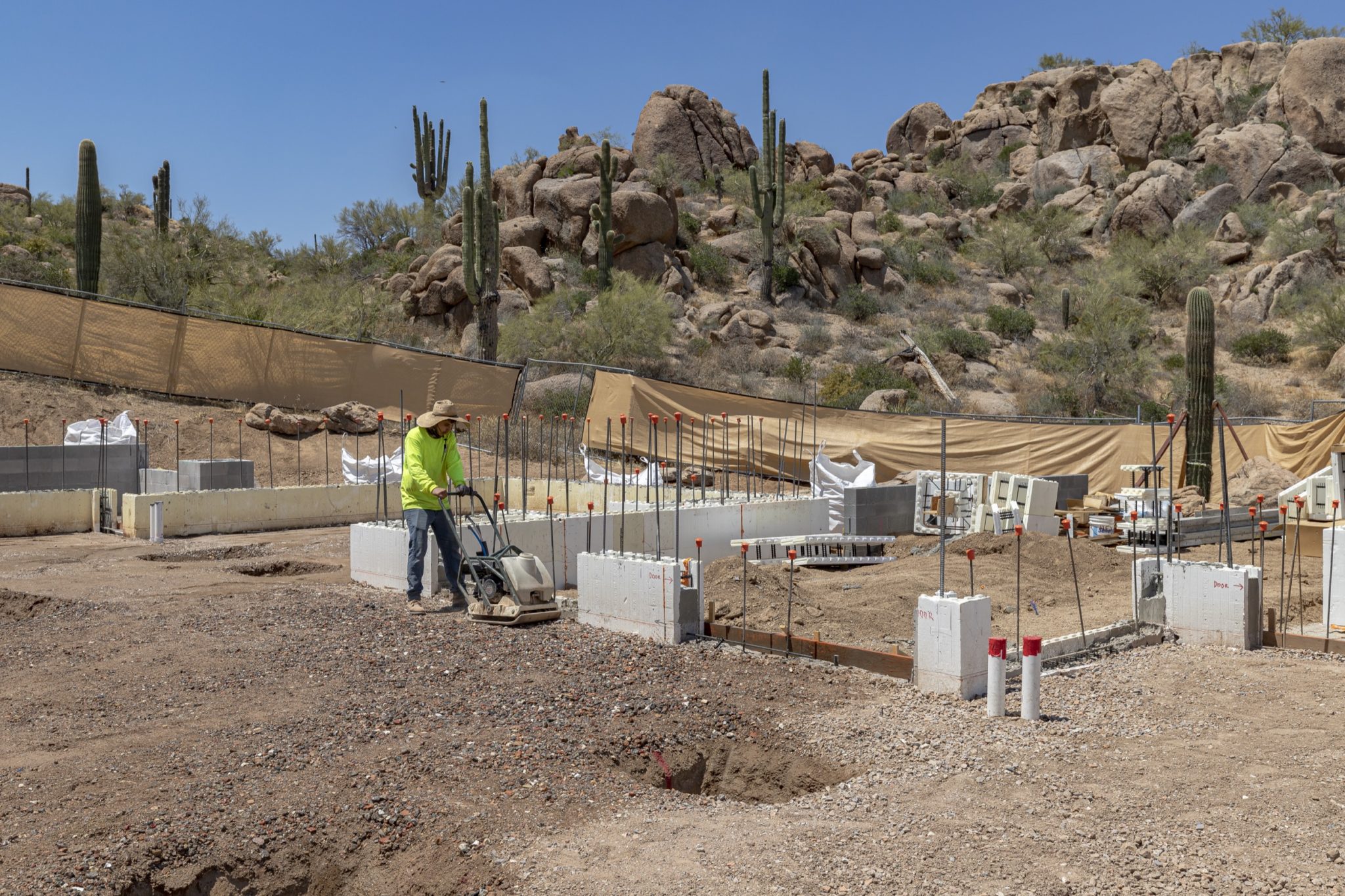 The first step in proper soil compaction is to determine whether the soil is cohesive or non-cohesive soil. It is imperative to get a soils report from a licensed engineer to understand the soil conditions of the project. This allows us to identify the proper soil, which is crucial because the compaction process will differ depending on the type of soil, including the type of equipment used. Cohesive soils are those where the soil particles have bonded to one another and are generally referred to as clays and silts. Cohesive soils have sheer strength and can be cut into vertically and remain standing. Non-cohesive soils (or granular soils) are soils which the soil particles have not bonded together such as sand or gravel. Non-cohesive soils have no sheer strength and will crumble easily when dry.

Once the type of soil has been identified, then a compaction plan can be put together. This includes determining proper moisture content, method of compaction, and equipment. To achieve proper compaction, the right amount moisture content is extremely important. Soil that is too dry will not allow the particles to bind together and compact properly, while soil that is too wet can leave water-filled voids that can weaken the stability of the soil. 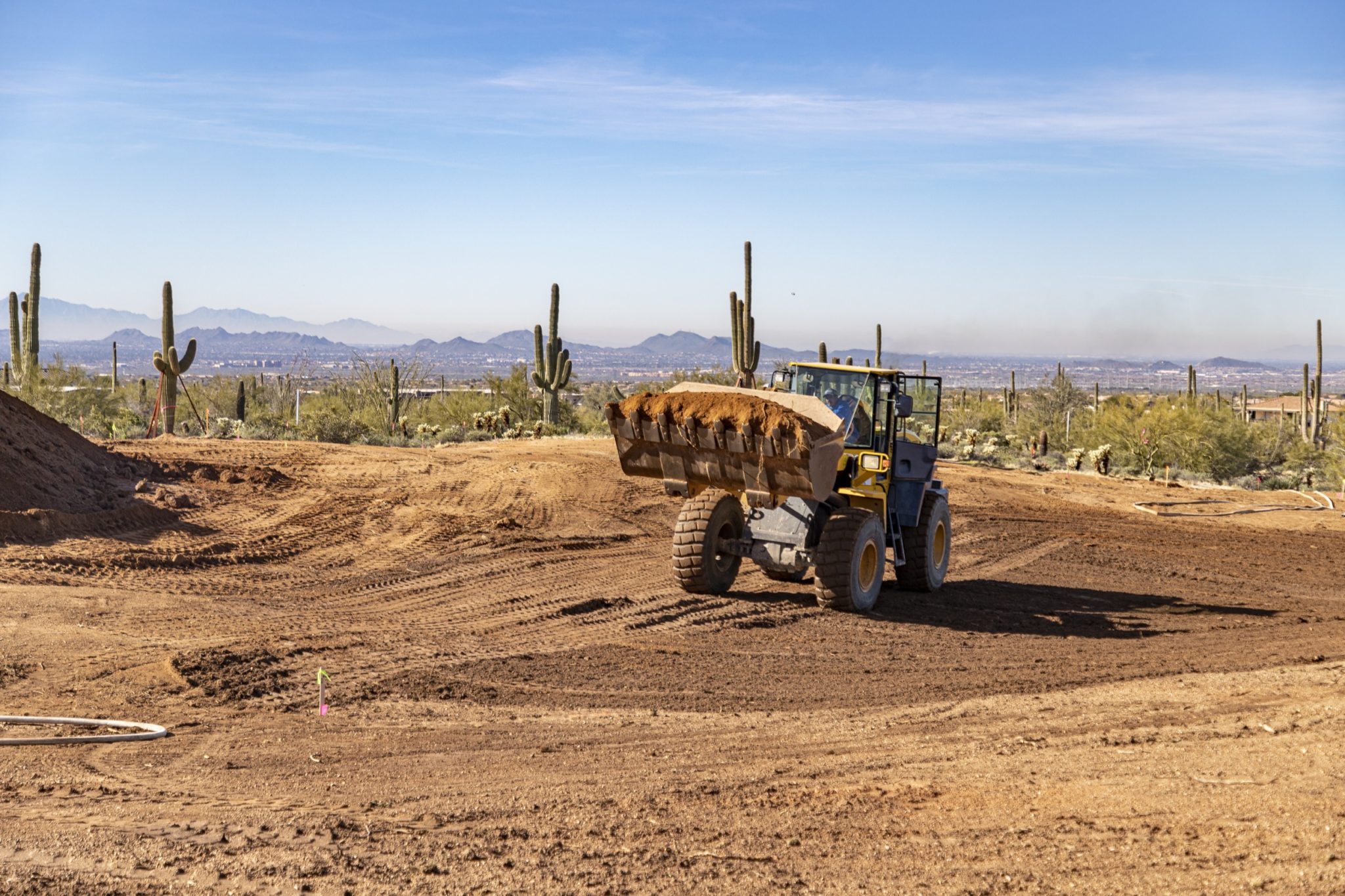 One last point to make is it is important to perform testing both during compaction and after the process has been completed to ensure that proper compaction and density is achieved for the intended purpose. 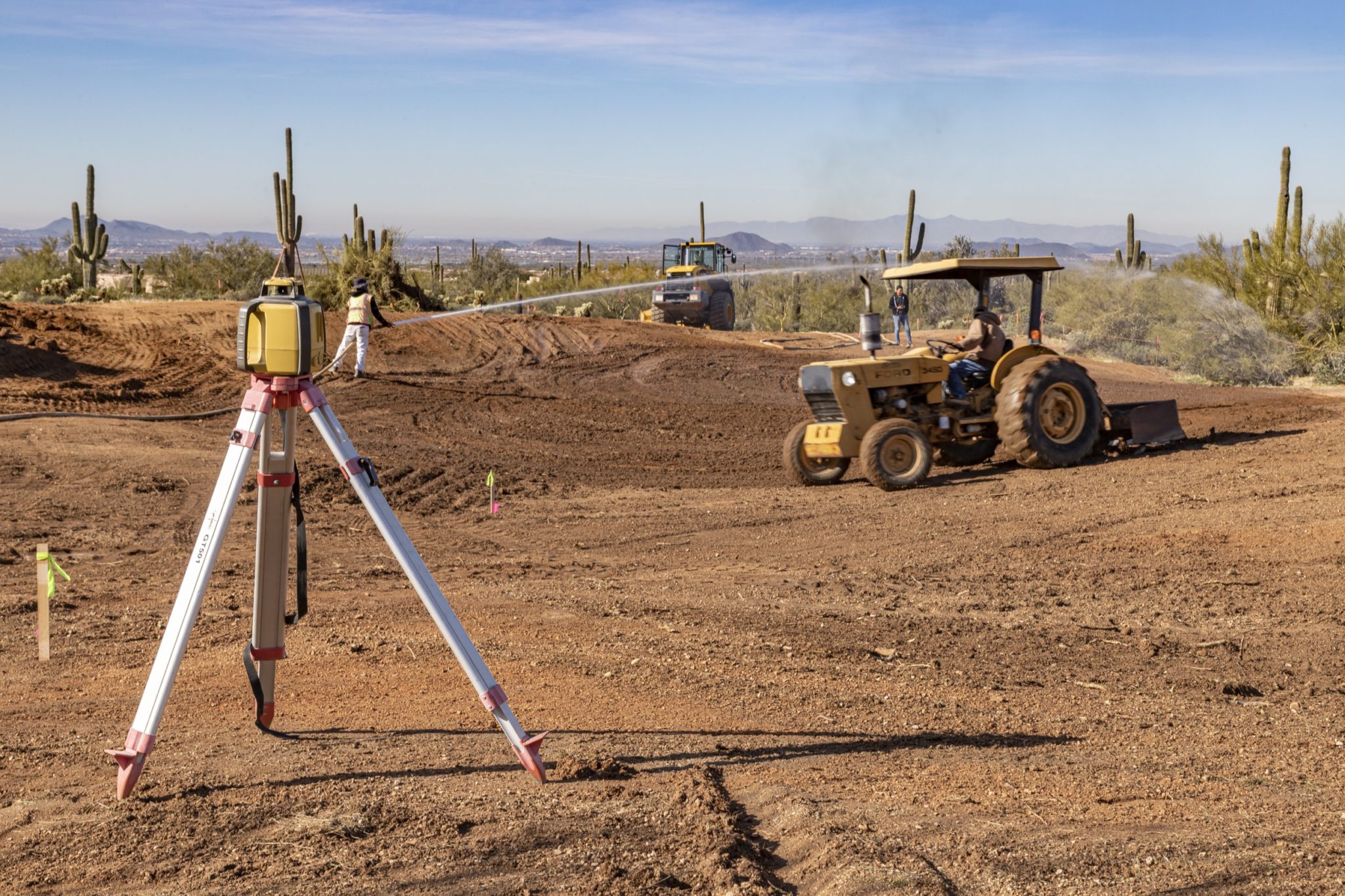 While it is not something that is easily seen, soil compaction may be the most important step in any construction project. With proper soil compaction, many potential future issues can be minimized or even eliminated.