Hiding the Television to Accentuate Your Design

Flat panel televisions allow for a number of different installation possibilities. Most often people will either stand inside a media center or armoire...

You are here: Home / Construction Tips / Hiding the Television to Accentuate Your Design

Flat panel televisions allow for a number of different installation possibilities. Most often people will either stand inside a media center or armoire, mount over the fireplace, or hang directly to the wall. However, if you would rather not make the TV a focal point in your design, look into ways to hiding the television from view when not in use.

From a design perspective, there may be many reasons to hide your television when not in use. Televisions generally become the focal point of the room making them the center of attention. Concealing the television from the room keeps a clean look and maintains the home’s design. It allows the room to go from a casual appearance to a more sophisticated one.

Besides pure aesthetic reasons, there may be an instance where the space doesn’t allow a furniture piece or even a TV mount. To satisfy those conditions, as well as design aesthetics, we will give several creative recommendations below to incorporate the television into the space:

The television was mounted on a mechanism that lowered down for use, but was disguised behind the shroud when not in use (see photo below). To completely enhance this detail, we added a matching metal shroud underneath the mount and TV so when the television was raised into place, the television and cables are hidden from view as you look up. 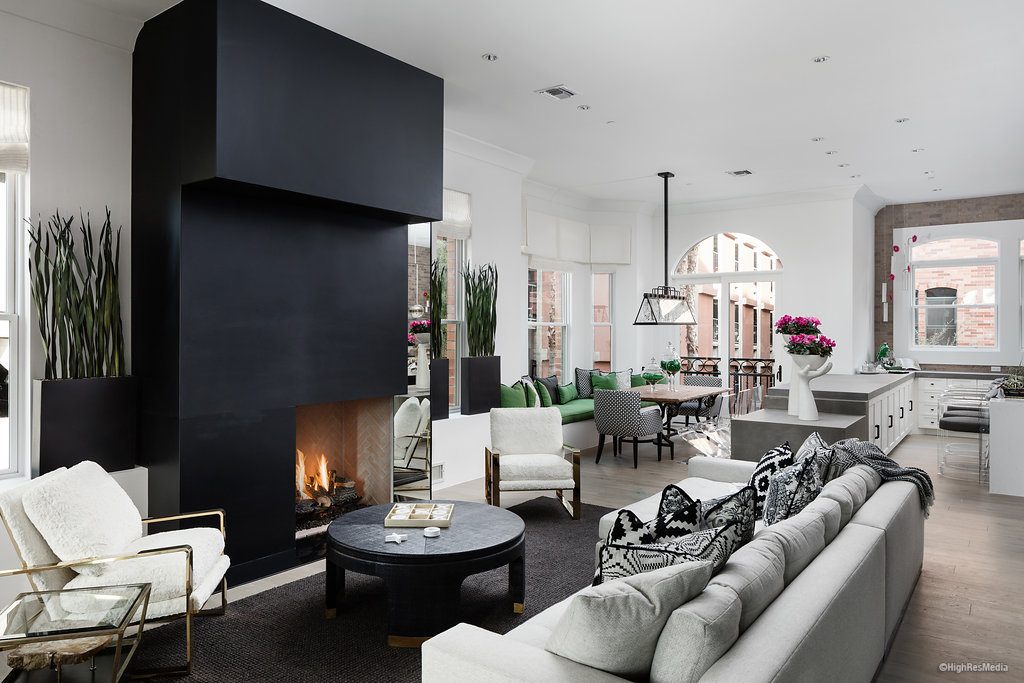 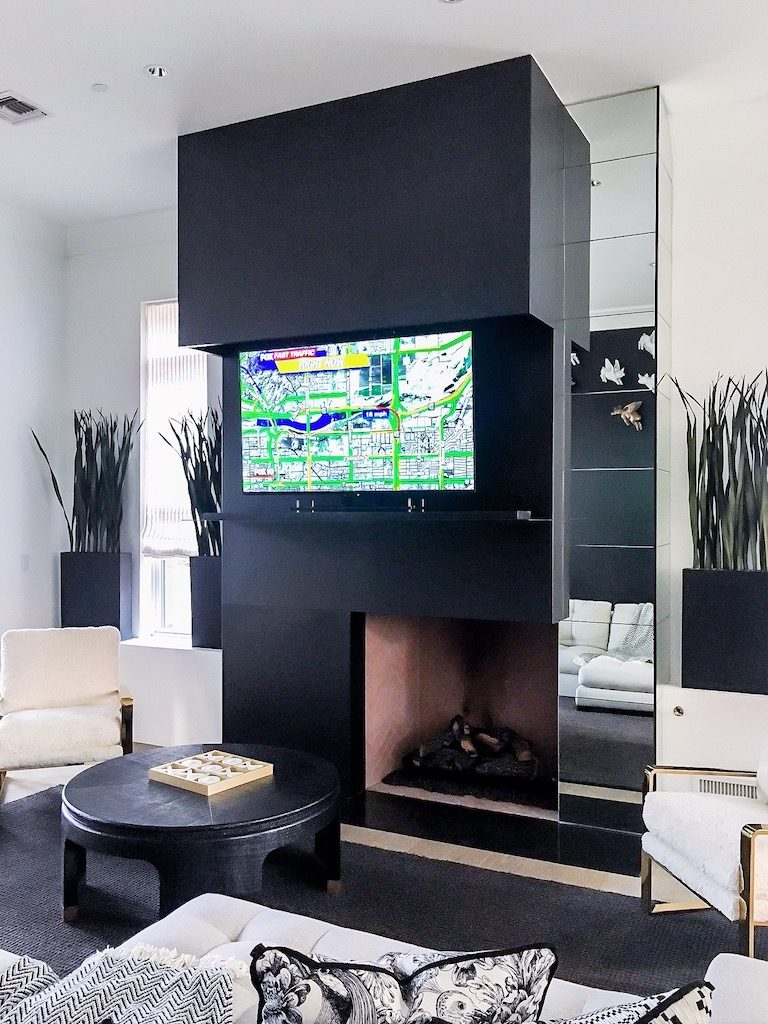