If you are building a new home, remodeling your kitchen, or just in the market for a new oven, one feature to consider is whether you should buy a standard conventional oven or go with an oven that has a convection feature.

The good news is that many ovens on the market today, both gas and electric, include a convection feature so the decision may not be very difficult. In fact, if you have bought an oven in the past 10-15 years your oven may very well have the convection feature.

A conventional oven generally has two heating elements, one on top and one on the bottom. For most cooking (other than broiling), only the bottom element is used with the heat rising to the top. Other than the natural rising of the heat, the hot air produced by the element is essentially stationary.

With the hot air rising top of the will be warmer than the bottom and it creates heat pockets. This results in uneven cooking, which is why recipes will generally include instructions to rotate the food part way through cooking to try and even things out. Cooking on more than one rack or pan also becomes a challenge because the pan closest to the heat source will cook faster.

To solve this problem, convection ovens were introduced. Convection ovens contain a fan (or multiple fans) and an exhaust system that circulates the hot air for even distribution throughout the oven. This results in all parts of the oven being heated evenly and eliminating heat pockets. The top of the oven will be the same temperature as the bottom of the oven and the left side will be the same as the right side. By circulating the hot air, foods cook more evenly. This allows better use of multiple racks so your cookies on the top rack will bake the same as the cookies on the bottom rack. In addition, by circulating the hot air, foods will cook faster and at a lower temperature saving you time and energy. In fact, some claim that convection ovens result in cook times up to 25% faster.

With convection ovens cooking differently, many people are unsure how to best use it and afraid to ruin their food. While there is an element of trial and error, there are a couple of main guidelines to follow. When using the convection feature, temperatures should be set 25 degrees lower than conventional. Many ovens include a feature to make this adjustment automatically. Combined with the lower temperature, make sure to check the food several minutes before it is normally supposed to be done. For example, if the cook time is stated for 15 minutes, check the food after 10 minutes.

While there are many benefits to using a convection oven, there are certain foods where cooking the conventional way is better. Roasting meats or vegetables or baking cookies or pies are better done using convection. Custards, quick bread, and most foods that start as batter or are delicate, light, and airy are better suited to conventional cooking.

While it may take some trial and error to figure out how to cook with a convection oven, once you learn how to use it, they can really elevate your food preparation. 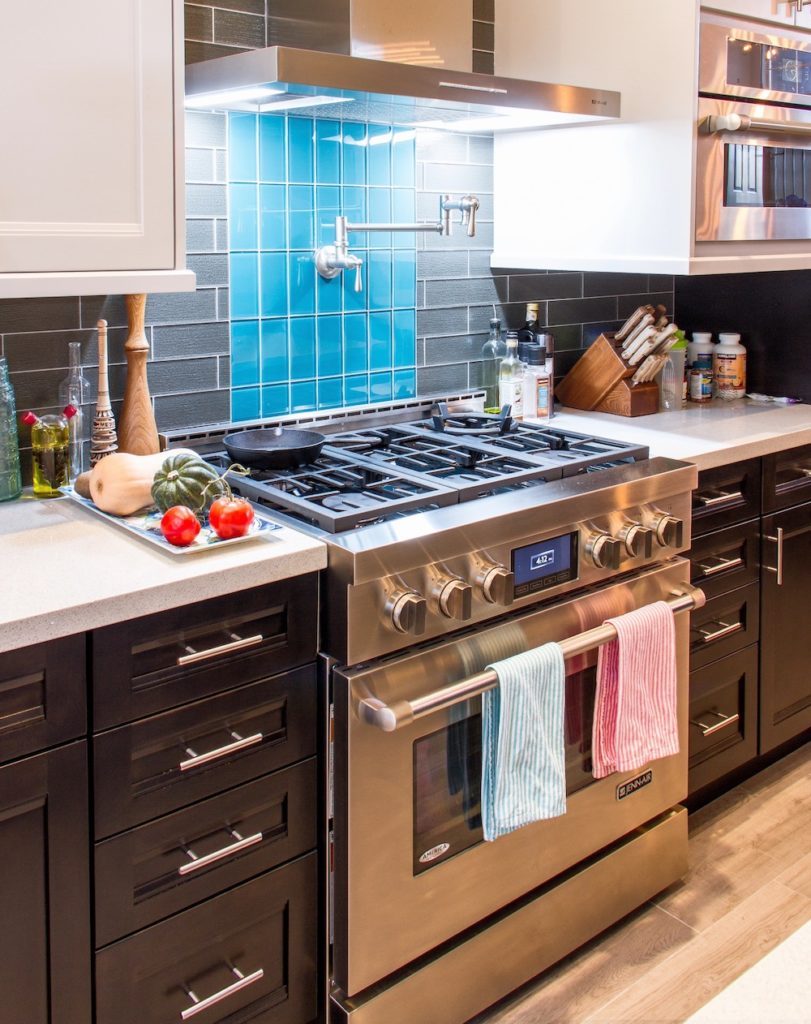